The Link Between PTSD and Addiction 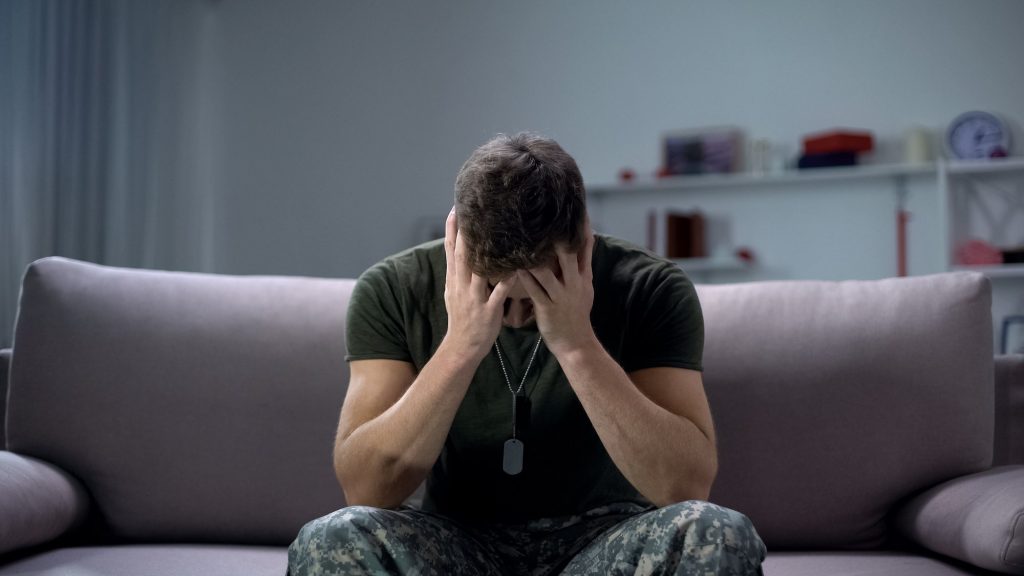 ‍When we think about the effects of post-traumatic stress disorder (PTSD), we often think first about its devastating effects on sufferers’ mental health. However, as recent research has shown, PTSD can also have serious implications for other aspects of a person’s life – especially their drinking habits and risk of developing an addiction to alcohol. There is a high prevalence of individuals with PTSD among those who are seeking treatment for alcoholism or drug addiction. It is not known precisely why this statistical link exists; however, researchers believe there are several potential explanations.

Post-traumatic stress disorder is a mental health condition triggered by a traumatic experience. These experiences might be anything that causes a great amount of stress, including witnessing a death or being in a car accident. PTSD is characterized by extreme anxiety and/or depression as well as insomnia or nightmares related to the event. People with PTSD might also have unhealthy habits like self-medicating or developing compulsive behaviors such as gambling or extreme spending sprees. Individuals who have PTSD may find that they have a difficult time engaging in normal, everyday activities. PTSD is usually treated with a combination of psychotherapy and medication. However, finding the right treatment approach for each person is challenging. Some people may respond to one type of therapy but not another, or they may benefit from a combination of approaches.

People who suffer from PTSD often report that they experience cravings for alcohol or drugs. In turn, alcohol or drugs can make it harder to deal with both the symptoms of PTSD and its underlying causes. PTSD and substance use disorders may go hand in hand for a number of reasons. PTSD sufferers may turn to drugs or alcohol to self-medicate; to numb themselves from the symptoms of PTSD; or to ease social anxiety or feelings of isolation that are common in PTSD. When a person suffers from both PTSD and a substance use disorder, these conditions are comorbid.

Where Does the Link Come From?

While the exact cause-and-effect relationship between PTSD and substance use disorders remains unclear, many researchers believe that traumatic experiences can lead to PTSD and that PTSD can cause alcohol and drug addiction. For example, it is possible that negative emotional states such as anger, guilt, or shame that are associated with traumatic experiences may lead to the development of PTSD. On the other hand, PTSD sufferers may turn to alcohol and drugs as a means of escaping their symptoms or feelings of emotional isolation. It is also possible that substance use disorders can affect the development of PTSD. Certain drugs, such as cocaine, speed, or amphetamines, can cause an individual to feel high levels of stress and anxiety, which may lead to the development of PTSD.

Post-traumatic stress disorder (PTSD) is a mental health condition that can develop after you experience a traumatic event. Individuals with PTSD may experience re-experiencing the traumatic event, avoidance of trauma-related memories and situations, negative changes in cognition and mood, and persistent fear or anxiety.

Self-medicating with alcohol or drugs to cope with the symptoms of PTSD is common for many people. In fact, many individuals who struggle with coexisting substance use disorders and post-traumatic stress also have an additional diagnosis of another mental health issue such as depression or an anxiety disorder.

It is also possible that both PTSD and substance use disorders are caused by an underlying factor, such as an individual’s genetic makeup, that has yet to be discovered. It is also possible that one disorder can cause the other. For example, research has shown that individuals with PTSD may be more likely to abuse drugs or alcohol in the future. It is also possible that certain drugs or substances, such as alcohol, may also increase the likelihood of PTSD. This is because the negative consequences of drug abuse can include potentially traumatic events. The result is an endless feedback loop that makes both conditions increasingly more severe.

How Drug and Alcohol Abuse May Cause PTSD

Many researchers believe that drug and alcohol abuse can cause PTSD. This may occur when an individual’s drug or alcohol use results in negative consequences, such as being arrested, having an accident, or losing a job. In these situations, individuals may experience extreme fear and/or shame, which may lead to the development of PTSD. Similarly, individuals who are in recovery from substance use disorders may experience a traumatic incident that triggers PTSD symptoms. If a person suffering from PTSD fails to address the disorder and continues to abuse drugs or alcohol, he or she is at risk of developing a substance use disorder.

How PTSD May Cause Addiction Disorders

PTSD is often characterized by feelings of shame and guilt. PTSD sufferers may also experience feelings of isolation and a lack of trust in other people. These feelings may lead people suffering from PTSD to self-medicate with alcohol or drugs. People who continue to self-medicate with drugs or alcohol may develop substance use disorders. Many people who suffer from addiction disorders also have symptoms of PTSD, such as anxiety and depression.

Get Help for Addiction in a Sober Living Home

People suffering from PTSD and who are also dealing with an addiction disorder may find that traditional treatment is not effective. However, a sober living home can help. In these facilities, individuals can receive help and support for their PTSD and addiction disorders in a single setting. It is also common for sober living homes to provide support groups and individual mentorship sessions, making it easier for individuals to discuss their experiences and work towards recovery. Sober living homes are often located in a residential setting and provide round-the-clock care for individuals who want to recover from an addiction.

If you are ready to get help for your dual diagnosis conditions, reach out to a staff member at Sober Living East for a free consultation!

We are here for you.

Reach out to us today for support and to find out about our sober living homes for men in Los Angeles, CA.

Reach out to us today.

Send us a message below.